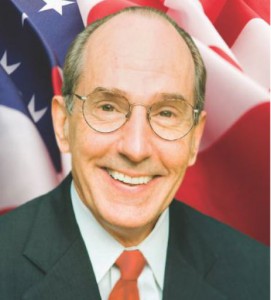 Young Boozer was born in Birmingham and raised in Tuscaloosa. He earned a bachelor’s degree in economics from Stanford University and a master’s degree in finance from the Wharton School at the University of Pennsylvania. During the past four decades, Boozer’s career in banking, finance, and investments has taken him from Citibank in New York and Crocker National Bank in Los Angeles, to Coral Petroleum in Houston and Colonial Bank in Montgomery.

Treasurer Boozer also served as Deputy State Finance Director for Governor Bob Riley after his retirement in 2007. During his tenure in the Alabama Department of Finance,

he played a key role in saving millions of taxpayer dollars through the restructuring of state bond debt and derivatives. Boozer left the Riley Administration in early 2010 to runor State Treasurer in his first race for elected office.

He is a member of and has held leadership roles in several organizations, including his church, the Rotary Club, the Alabama Shakespeare Festival, the Boy Scouts, and Stanford University.