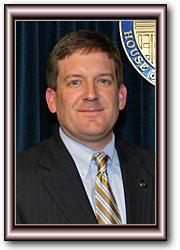 Alabama House District #63 Representative Bill Poole is the speaker on April 22. He has been a member of the Ala House since 2010. He chairs the powerful House Way and Means Education Committee, and is a member of three other committees. He has been the primary sponsor of 272 bills since his election.

He is a native of Marengo Co, and holds two degrees from the University of Alabama. Since 2004 Bill has been a practicing attorney in Tuscaloosa. He is married to Niccole and they have two children, Sally and Bill. They attend the First United Methodist Church of Tuscaloosa.