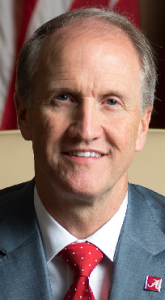 Dr. Stuart R. Bell became the 29th president of the University of Alabama on July 15, 2015. Dr. Bell has broad administrative experience and is a nearly 30-year veteran of higher education. He previously served at UA for 16 years where he founded and directed an interdisciplinary research center.

Immediately prior to becoming UA’s president, Dr. Bell was executive vice president and provost at Louisiana State University. During his tenure there and earlier at the University of Kansas, where he served as dean of its College of Engineering, those
institutions opened new facilities, and student recruitment, retention and success were emphasized.

First joining UA in 1986 as an assistant professor in the UA College of Engineering’s department of mechanical engineering, Dr. Bell was named department head nine years later. With research interest in combustion engines, Dr. Bell has expertise in alternative fuels for engines, innovative engine designs and modeling of engine and engine processes. He directed UA’s Center for Advanced Vehicle Technologies.

Dr. Bell was awarded the Society of Automotive Engineers’ Ralph Teetor Award for Outstanding Contributions to Research and Teaching in 1988. He was presented the T. Morris Hackney Faculty Leadership Award for the UA College of Engineering in 2001, and, in 2005, he received the Richard S. Woodbury Award from the American Society of Mechanical Engineers.

He and his wife, Susan, have three adult children, Stuart, Stacy
and Stephen.