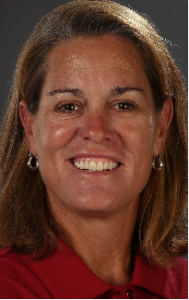 During her 19-year tenure at UA, the women’s tennis program has also excelled in academics. Mainz has coached eight Academic All-Americans and seven SEC Scholar Athletes of the Year. She has also stressed community service, with members of the tennis team participating in numerous charitable endeavors every year.

Mainz is a 1991 graduate of the University of Houston, whereshe was a three-year captain of the tennis team and a two-time All-Southwest Conference selection. She was also an Academic All-American for the Cougars.