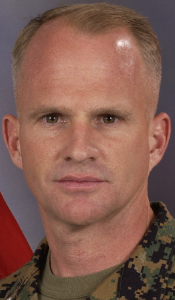 David Wilbur is founder and president of the Vetergy Group, a Birmingham-based company that trains and places U.S. military veterans in various jobs in the oil and natural gas industry.

During a 20-year career in the U.S. Marine Corps, Wilbur accrued more than 4,000 hours in fixed-wing tactical military aircraft during aircraft carrier and shore-based operations, including combat operations in Afghanistan and Iraq.

After retiring from the Marines as a lieutenant colonel, he worked in various roles with major operators, drilling contractors, service contractors and contingent labor staffing agencies before founding his company.

Today, the Vetergy Group screens the more than 200,000 military veterans separating annually in order to locate the best, refine their skills and place them in jobs that meet the needs of the company’s clients.

Wilbur holds a bachelor’s degree from Auburn University (‘87) and a master’s degree from the Naval War College (’00). He lives in Birmingham with his wife of 23 years, Beth Ann, and their two children Abigail, 17, and Gabriel, 10.