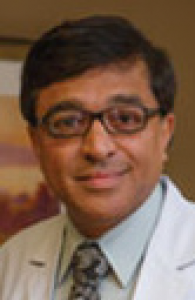 After graduating from Bangalore Medical College in India, he served in the Army Medical Corps and earned a postgraduate degree in chest medicine in Jaipur, India. He
moved to the United Kingdom in 1984, where he trained in internal and pulmonary medicine, obtained MRCP certification from the Royal College of Physicians and was elected to their fellowship. In 1989, Dr. Krishnamurthy moved to Oklahoma City, where he underwent further advanced training in pulmonary, critical care and sleep medicine at Oklahoma University, earning ABIM certification in all three.

In 2015, he joined the faculty at the UAB School of Medicine as an associate professor, while continuing in his other full-time commitments.

He and his wife, Mangala, who is on the faculty of the University of Alabama Libraries, have been married for 36 years. They have two daughters, both physicians.