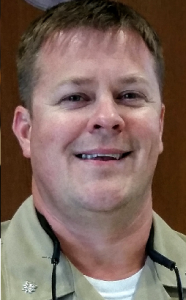 Commander Nathan H. “Herb” Hancock is the executive officer of the National Water Center (under the National Oceanic and Atmospheric Administration’s National Weather Service) at the University of Alabama. Commander Hancock received his commission in May 1997 as a Second Lieutenant, U.S. Army, Engineer. After seven years as a combat engineer, he received an interservice transfer to the NOAA Corps in July 2004.

His other shore assignments include two tours with the 317th Engineer Battalion; the 36th Engineer Group with a combat tour in support of Operations Enduring and Iraqi Freedom; and his first shore assignment with NOAA Corps at the Commissioned Personnel Center.

A native of Gulf Shores, Commander Hancock holds a bachelor’s degree in environmental science and systems engineering from the United States Military and a master’s degree in geology and geophysics from Missouri University of Science and Technology.

He and his wife, Amanda, have two daughters, Isabella and Savannah Grace.