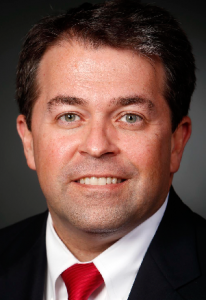 Jim Rainey has been publisher of The Tuscaloosa News since November 2012. A career newspaperman, he has been a reporter, columnist, editor and publisher at newspapers in Alabama, Georgia, Tennessee and Texas.

An Atlanta native, Jim came to Tuscaloosa from New Braunfels, Texas, where he was publisher of the daily Herald-Zeitung. Before that, he was publisher of the Opelika Auburn News from December 2002-May 2012. While in Auburn, he also was market news leader for Media General newspapers, television stations and affiliated websites in the Gulf South Region.

Before joining the Opelika-Auburn News, Jim was was advertising director and associate publisher of the Fulton County Daily Report, an American Lawyer Media publication, in Atlanta. He also has been general manager and executive editor of the News Daily in Jonesboro, Ga., and the Daily Herald in McDonough, Ga., and publisher
of the Elberton (Ga.) Star.

He has received numerous press and community service honors during his career. In 2006, the Newspaper Association of America’s Presstime Magazine named him one of the nation’s top 20 newspaper professionals under the age of 40. During his tenure at the Opelika-Auburn News, the paper earned the General Excellence Award, the top honor given by the Alabama Press Association, eight out of nine years. The Tuscaloosa News earned the General Excellence Award in 2014. He served on the Alabama Press Association board of directors from 2007-2011 and began a second term in 2013. He has been chairman of the press association’s legislative committee since 2010.