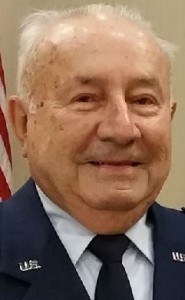 Robert Haver was born in October 1930 and grew up on a small farm 15 miles south of Rochester, N.Y., that had no electricity or running water. He attended a 104-year old,
one-room school house that also did not have electricity or running water. After seven years, he passed the eighth-grade state test and was accepted into high school, but he quit school the day he turned 16 and went to work on a farm.

In 1950, he joined the U.S. Army and trained as a combat engineer, went to demolition school and then leadership school. As one of the two highest-ranking cadets, he was given the option of attending Officer Candidate School.

Robert was discharged on May 7, 1953, and entered high school at age 23. After seven weeks, he passed eight exams and was accepted into college with the G.I. Bill to support him.

His first job was with General Motors at the Rochester carburetor plant. After three years Ford hired him three years later and he worked at the Dearborn, Mich., Proving Grounds for 10 years as a carburetor engineer. Bob then was promoted to manager
of Field Service Engineering-West Coast, and served as resident engineer at Ford plants around the country and in Mexico. Robert drove a brand new car every day for 28 years. He retired after 39 years with Ford.

In addition to his work history, he joined the Civil Air Patrol in 1942 to help his country out as he wasn’t old enough to join the services at the time. He active with the CAP to this day.

On Dec. 10, 2014, he was called to Washington, D.C., and was awarded the Congressional Gold Medal for his services during World War II.