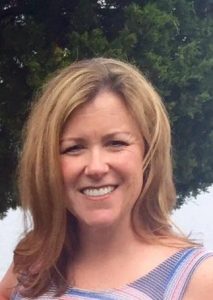 Danielle McInerney is the CEO/Executive Director of Big Brothers Big Sisters of West Alabama. A graduate of the University of Alabama – College of Communications. Danielle lives in Tuscaloosa with her husband, Mike, and their two sons, Declan and Fitz. In 2004, Danielle created the Finn and Quinley Memorial Foundation, a 501(c )(3) corporation organized to provide support to the NICU (Neonatal Intensive Care Unit) at DCH. Through her leadership and dedication to the infants of West Alabama, the Finn and Quinley Memorial Foundation merged with The DCH Foundation to become The Finn & Quinley Children and Infants Fund at The DCH Foundation.

In 2012 Danielle began to focus her skills on older children facing adversity in West Alabama by serving as the Executive Director of Big Brothers Big Sisters of West Alabama. The organization has thrived and expanded under her leadership. The organization is growing and serving more children in our community each year due to her introduction of the Krispy Kreme Challenge fundraiser which has quickly become one of the largest races in West Alabama, drawing crowds from all over the state! Danielle’s goal is to help Big Brothers Big Sisters grow its mission— to help children realize their potential and build their futures by nurturing these children and strengthening the community in which they live.

Whitney Jamison grew up in Birmingham and attended Mountain Brook High School before completing her Bachelor’s degree at the University of Alabama in Early Childhood Education. She previously worked for the University at the Child Development Research Center and at Tuscaloosa Academy before coming on at Big Brothers Big Sisters of West Alabama as the School Based Coordinator and Director of Recruitment in January of 2016. She is married to Almon Jamison and they have a 2 year old little girl Mary Ellis and expecting a baby boy in early October.