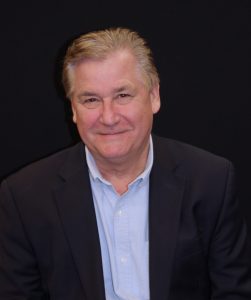 Mark Mayfield has been a journalist for nearly four decades, first as a newspaper reporter — where he was a member of the founding editorial staff of USA Today in 1982, and went on to serve 10 years with the national newspaper. He then transitioned into the magazine industry — serving as editor-in-chief of three national magazines, including Art & Antiques, Traditional Home and House Beautiful in New York. He has also authored or co-authored several books, including The Spaceflight Vault: A History of NASA’s Manned Missions; Southern Style; Crimson Domination: The Process Behind Alabama’s 15th National Championship; and Back on Top: The Alabama Crimson Tide’s 2015 National Championship Season.

He has also just finished another book about Bama football, called Miracle Moments in Alabama Crimson Tide Football History, to be released this October by Skyhorse Publishing in New York. Mayfield is currently the editorial adviser to student publications at The University of Alabama, his alma mater, and associate director of UA’s Office of Student Media. He writes a weekly political column for The Tuscaloosa News, which will be the subject of his talk to the Rotary Club.