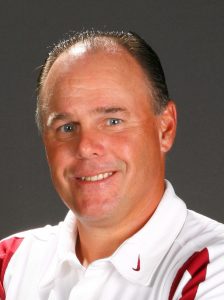 Don Staley was named President &amp; CEO of the Tuscaloosa Tourism and Sports
Commission June 23, 2017, by a unanimous board vote. Staley, who left Tuscaloosa
in 2014 to take on a similar position in Foley, Alabama returns to the city where he
built his career.

Before starting UA’s soccer program in 1994 as the first coach, Staley was the head
men’s and women’s coach at Radford University in Virginia. As a coach, Staley in
2004 became the fifth coach in NCAA soccer history to reach the 300-win mark. His
overall career record of 324-257-38 spans 23 years. As a head coach at the Division 1
collegiate level, Staley garnered four Coach of the Year awards in two different
leagues.

Don’s experience encompasses far more than just coaching. He served on the 1996
Birmingham Olympic Committee and has a wide range of experience supervising
athletics events and championships, including the SEC and the NCAA, acting as
overseer of budgets, facilities, and personnel administration.

Not only did Staley have success leading soccer teams, his professional record has
been just as stellar. Staley played a significant role in the 2007 formation of the
Tuscaloosa Sports Foundation and as well as luring the prestigious Super Six High
School Football Championships to Bryant Denny Stadium in 2009.

Staley’s dedicated efforts to the sports tourism industry were recognized in April 2015
by the National Association of Sports Commissions (NASC) during their annual
symposium, where he was named Sports Tourism Executive of the Year.