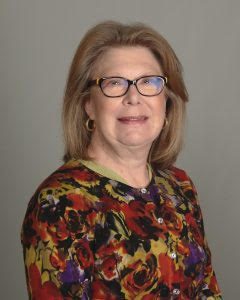 Carol was born in Montgomery, Alabama and graduated from Autauga County High School.  She received a B.A. in history from Auburn University at Montgomery, M.A. in anthropology from The University of Alabama and a Masters of Science in Public Health from UAB.

Carol worked for the University of Alabama at Birmingham in student affairs and served as Director of International Scholar and Student Services until her retirement in June 2011.  After leaving UAB, Carol served as Executive Director of the Alabama Wildlife Center, a nonprofit organization focused on returning orphaned and injured
native birds to the wild. Carol is currently retired.

Carol was introduced to Rotary through the Group Study Exchange program when she was selected as a member of a GSE team to England 1995.  In 1997 she joined the Rotary Club of Shades Valley.  Carol served as club international service director and club secretary
before becoming club president in 2003-2004. She is a multiple Paul Harris Fellow and member of the Paul Harris Society.  At the district level she served on the Group Study Exchange subcommittee for ten years, chaired the Alumni subcommittee for one year, and served as AG for two years.  She chaired the district grants subcommittee for two years prior to serving as district grants subcommittee chair during the Future Vision Pilot Program and through the first year of the new Rotary grants program.  She served as District Rotary Foundation Chair for District 6860 from 2014-16.  Carol has served as a PETS facilitator and is currently a member of the RLI and Visioning faculty.  In May 2015 Carol was awarded the Thomas L. Milford Jr. Service Above Self Award by Rotary District 6860.  She will serve as Governor for District 6860 in 2018-19.