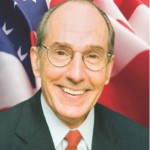 It may be the best name in the history of politics, or the worst. But there is no question it is a name that works. During his successful 2010 run for State Treasurer, Alabama’s Young Boozer didn’t need to work very hard for the coveted political asset of name recognition. College students, he joked, were always stealing his signs so they could celebrate themselves as “young boozers” in their own right. The name also found its way to the Jay Leno show, and to the front page of the Wall Street Journal in a story on the strangest names in politics. Boozer even had a call from a political candidate named Crystall Ball. She predicted he would win.

Last Tuesday Boozer treated Tuscaloosa Rotarians to a brief overview of the main aims and duties of his office. The Treasury, he said, is in many ways a huge bank, and a money manager. It takes in around $100 million a day in revenues, and serves as a bond agency, currently managing over 40 bond issues for the state. It is also the guardian of an enormous $800 million in college savings, invested in 57,000 accounts, through the state’s 529 plans. The ill-fated PACT program was also administered under the Treasury. The disputes that have surrounded it are thankfully close to being settled, Boozer said, and the current agreement is the the “best possible solution” given the circumstance.

Other programs Boozer oversees include the Alabama Trust Fund, (funded through cash incomes from natural gas that has been discovered in Mobile bay) and the SAFE program, a deposit insurance plan to prevent bank failures. The Treasury also manages unclaimed property and bank accounts, which amount to some $425 million annually, with an average personal claim of of $250. For more information on the Treasury, Boozer invited Rotarians to visit www.treasury.alabama.gov.

A native of Tuscaloosa, Boozer earned a bachelor’s degree in economics from Stanford University and a master’s degree in finance from the Wharton School at the University of Pennsylvania. After four decades in banking and finance he served as Deputy State Finance Director for Governor Bob Riley until early 2010, when he began his bid for office.