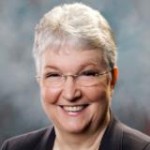 Guest Speaker, Audrey L. Salgado will address the launch of The 2014 Project Alabama large-scale public education campaign to raise awareness about the lack of women in elected office and the unique opportunities of the 2014 election.

Alabama ranks 48th among state legislatures with women comprising 13.6% of the legislature according to statistics compiled by Rutgers University, Center for American Women and Politics. The 2014 Project Alabama is assembling a team of advocates, allies, and volunteers to recruit and train women in 2013 to run and win in 2014. Women interested in taking the next step toward candidacy are connected to leadership institutes, think tanks, campaign training programs and fundraising networks designed to help them succeed in 2014.

Salgado and her husband moved to Alabama in 1999 upon her retirement as CIO of General Motors Mexican Operations. She has continued her lifelong public service as a volunteer in many organizations including AAUW of Alabama Ready to RunTM Director and Co-Chair of The 2014 Project Alabama. Salgado received her bachelor’s degree in Business Management and Accounting from Kent State University and her Masters in Business Administration with a specialty in International Trade from Texas A & M International University.