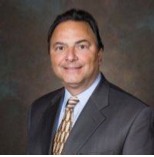 This Ronald G. Bruno is chairman of Bruno Event Team, a sports marketing company established in 1995 and headquartered in Birmingham. He graduated from the University of Alabama in 1974 with a B.S. degree in Marketing.

After graduating from the University of Alabama in 1974, Mr. Bruno held various positions with Bruno’s, Inc. (a $2.9 Billion southeastern grocery retailer). From 1991-1995 he was Chairman and CEO of Bruno’s.

An active member in his community, Mr. Bruno has been a Board Member of The Metropolitan Development Board, The Club, United Way and St. Vincent’s Hospital Foundation.

Since 1992 Mr. Bruno has held a seat on the corporate Board of Books-A-Million and has previously served on the boards of Southtrust Bank N.A., Russell Corporation and Bruno’s, Inc.

Ronnie is married to Lee Ann Bruno. They have one son, Gregory, who is a student at the University of Alabama. He and his family are members of Our Lady of Sorrows Catholic Church.