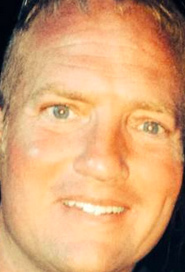 PRIDE (Parents Resource Institute for Drug Education) is a non-profit agency whose mission is to inform and educate parents, students and the community about the use and abuse of alcohol and drugs.

Derek, a Tuscaloosa native, graduated from Hillcrest High School and earned a bachelor’s degree in criminal justice, with a concentration in law and the courts, from the University of Tennessee at Chattanooga.

He began his career as a court referral officer for the state of Alabama, assigned to Sumter, Marengo, Hale and Greene counties. As a CRO, Derek was in charge of the evaluation, placement and compliance of people convicted of drug or alcohol
related offenses. He went on to be a trainer of new CROs for the Administrative Office of Courts in Montgomery.

As executive director of PRIDE, he has formed partnerships with the city of Tuscaloosa, Tuscaloosa Police Department, Tuscaloosa County Sheriff ’s Office, the Tuscaloosa County District Attorney and the Alabama ABC Board among others. He has successfully implemented the “Have A Little PRIDE” elementary program in the Tuscaloosa City and County schools and also planned and coordinated Tuscaloosa’s first drug summit, “Engage Tuscaloosa,” in November 2014. The summit combined the efforts of PRIDE, the District Attorney’s Office, the University of Alabama, Stillman College, Shelton State and other organizations to raise awareness of the increased availability and dangerous potency of illicit drugs.

Under his leadership, PRIDE of Tuscaloosa earned Certified Prevention Agency status through the State of Alabama Department of Mental Health in 2014.

Derek is a certified CPS through the AADAA. He is a graduate of Leadership Tuscaloosa class of 2009, a member of the Druid City Business League and an instructor at the annual Alabama School for Alcohol and Drug Studies.

Derek lives in Tuscaloosa with his wife Lynn and their two daughters, Savannah and
Anica.