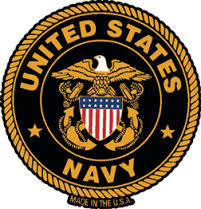 Colby is a native of Jasper, Alabama. He is a 2006 graduate of the United States Naval Academy in Annapolis, MD, where he received a Bachelor of Science degree in Naval Architecture.

After completing U.S. Navy Flight School while stationed at NAS Pensacola, FL, Vance Air Force Base, Enid, OK, NAS Meridian, MS. Colby earned his wings of gold in October 2008, receiving the GOLDEN STICK AWARD for graduating at the top of his flight school class as well as the prestigious CNATRA Distinguished Graduate Award for graduating in the top 5% of all Naval Aviators.

Since Jan 2014, Colby has been a Boeing T-45C Instructor Pilot at Training Squadron NINE (VT-9), NAS Meridian, MS where he trains future Naval Aviators in multiple stages of Intermediate and Advanced Strike Training. He is a NATOPS Check Pilot, Standardization Pilot, Head Landing Signal Officer, Carrier Qualification Stage Manager and Lead Safe Pilot, as well as an Out-of-Controlled Flight Instructor. During his 10 years of service in the United States Navy Colby has flown more than 1,800 flight hours, and amassed more than 225 arrested landings at all hours of the day and night in the Atlantic, Pacific, and Indian Oceans as well as the Mediterranean Sea, Red Sea, and the Persian Gulf.

Colby’s interests in his spare time are coaching youth sports, building / fabricating / repairing projects with his son, boating, waterskiing, and wakeboarding. Colby is married to Dr. Katherine (Katie) Grelle, M.D., who completed her undergraduate studies and Family Medicine Residency at the University of Alabama. They have 2 children Coleman (7) & Connelly (2). Colby and his family are in the process of relocating to Tuscaloosa, where Katie practices family medicine at Med Center South, Tuscaloosa, as well as joining Dr. Caroline Day-Teasdale in a practice in Northport.