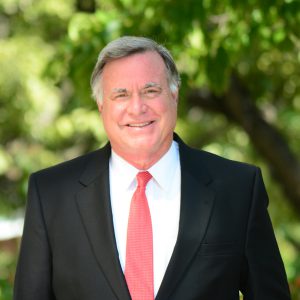 Steve Flowers was born and raised in Troy, Alabama. He attended public schools in Troy. He became a Page in the Alabama Legislature at age 12 and worked at the State Capitol throughout his high school years. Upon graduation from high school in Troy, he continued on to the University of Alabama where he was a student leader and served in the Student Senate. He graduated from the Capstone in 1974 with a degree in Political Science and History.

In 1982, at age 30, he entered politics and was elected State Representative from Pike County. In that, being his first race, he received the largest number of votes ever cast for any person in a political race in the history of Pike County.  In his first year in the Legislature, he was named by “Alabama Magazine” as the outstanding Freshman House member. He was overwhelmingly reelected four times. He left undefeated and uncontested, choosing not to seek reelection in 1998.

In addition to his informative and entertaining column, he can be seen regularly on numerous television stations around the state as their political analyst.  His weekly radio show on Alabama politics is heard on Public Radio throughout Alabama.