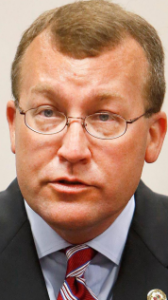 Allan Rice has been the executive director of the Tuscaloosa-based Alabama Fire College and Personnel Standards Commission since August 2007. His public safety career spans 24 years, including 15 years with the City of Hoover Fire Department.

He previously has served as the program coordinator for Fire Science and Emergency Medical Services at Jefferson State Community College, as a consultant to the U.S. Department of Homeland Security’s Center for Domestic Preparedness and as a trauma and flight nurse.

Allan is current president of the North American Fire Training Directors, the professional association of all state and provincial fire training agencies in the U.S. and Canada. He earned a paramedic certificate and Bachelor of Science in Nursing from the University of Alabama at Birmingham and a Master of Public and Private Management from Birmingham-Southern College.

Upgrades at the Fire College are underway. The $2.38-million project includes a new 320-seat auditorium that will open in September and a 19,000-square-foot equipment bay building with classrooms that will open in early 2015.