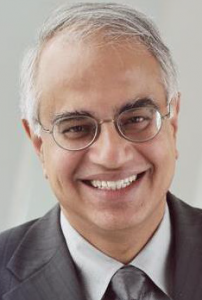 Dr. Bharat Balasubramanian (Dr. B.) is a professor and the executive director of the Center for
Advanced Vehicle Technologies, a cross-disciplinary research center focused on automotive innovation at the University of Alabama.

In 2012, he retired as the vice president of group research and advanced engineering at Daimler in Stuttgart, Germany, responsible for product
innovations and process technologies. Before that, Dr. B. worked for nearly 40 years as a research and development engineer for the Mercedes-Benz brand, also in Stuttgart.

A native of India, Dr. B. began his career in the automotive industry after graduating from the Indian Institute of Technology. He began working with Daimler in 1974 and earned both his master’s degree and doctorate while employed there. He began as a computational analysis engineer in the department for automatic transmissions and power steering systems. In 1988, he was named chief engineer and in 1997 became the vice president for engineering technologies in Mercedes-Benz passenger car research and development. Nine years later he was named vice president of Daimler/Mercedes-Benz research and advanced engineering, responsible for 1,300 engineers in Germany and 1,000 more in international research and development locations.

Dr. B. has been at the forefront of most of the major advances that have occurred in automotive technology over the past 20 years. A recent innovation he helped develop is Magic Body Control, a feature of the current series of the Mercedes-Benz S-Class that uses cameras to scan the road profile ahead. He also led research in innovations for advanced driver assistance systems and active safety.

Besides his work at Daimler, he taught for 20 years at the Technical University of Berlin in the School of Automotive Engineering and Railway Technology and, in 1998, was named honorary professor.

Dr. Balasubramanian is married with two daughters and one granddaughter. He is an avid volleyball player, a passionate railroad modeler and a big trains photographer.