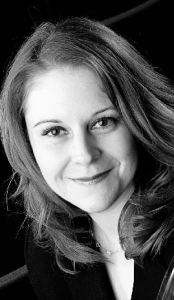 Dr. Mann also is an associate professor of bassoon at UA and coordinates the thriving Chamber Music program at UA, which incorporates extensive educational outreach experiences. She is a member of the Cavell Reed Trio and Capstone Woodwind Quintet that perform around the country and are committed to furthering both genres through the commissioning of new works and recording. The Art of Collective Invention, the first recording by the Cavell Trio, was released in April 2012, and Dialog, their next recording, was released in 2014 by Blue Griffin Records.

Dr. Mann has performed throughout the country as a chamber musician and soloist, including the 2011, 2012, 2013 and 2014 International Double Reed Society Conferences, the National Flute Association Conference and the 2012, 2013, 2014 and 2015 International Clarinetfest. She has performed with the symphonies of Alabama, San Antonio, Syracuse, Austin and Huntsville and as a soloist with the Tuscaloosa Symphony and the Hot Springs Music Festival Orchestra.